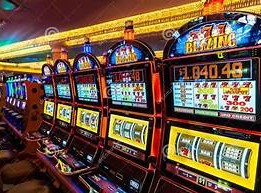 Joannie Mae Callahan, 48, passed away peacefully in her home surrounded by friends and family on July 10, 2022.

She was born on October 9, 1973, in Roanoke, Virginia to Bruce Wayne Sr. and Rita Marie (Pelletier) St. Clair.

Joannie graduated from Angola High School in 1993.  She married James Callahan on March 1, 1996.

Joannie was the store manager at the Angola Dollar Tree, where she recently celebrated her 20th year of working there.

She enjoyed crafting with her girlfriends (Liz, Heather, Dawn and Linda), girls’ night outs, date nights with family and friends and going to the casino.

She was preceded in death by her sister, Linda Marie; grandparents, Leon Bunt and Virginia Mae St. Clair and Clisty Ruth Hall.

A private Celebration of Life will be held at a later date.

A private Celebration of Life will be held at a later date.